Midvale City adopted their fiscal year budget in June, planning for increases in some spending, paring down other expenditures to compensate. (Photo/Midvale City)

Every city is required to complete their yearly fiscal budget in June.

While budgets are lengthy and sometimes confusing, one thing is clear — increases happen. What do higher numbers mean? Does it mean mismanagement or the effects of economic inflation?

In May and June, Midvale City heads proposed their budgets for the coming fiscal year (July 1, 2019 to June 30, 2020). City Manager Kane Loader outlined some rising costs within his budget. Lobbying contracts increased by $4,000. General administration benefits increased by $8,700. An additional $5,000 is being given to Community Building Community grants.

Another rising cost in Midvale is for police. As detailed in a previous article, the Unified Police Department asked for more money from the city than the Finance Department had anticipated. City Council has decided to continue with UPD for the time being, and will need to pay the increased cost.

With increased spending, how is the city managing to pay without asking for more from the residents?

Bryce Haderlie, assistant city manager, said that, “The city’s not proposing any tax increases, we will absorb those extra expenses by deferring projects or dipping somewhat into our fund balance.”

One of the decreases that may happen to compensate for increased police funding is the slashing of a $200,000 contribution for a city pool. 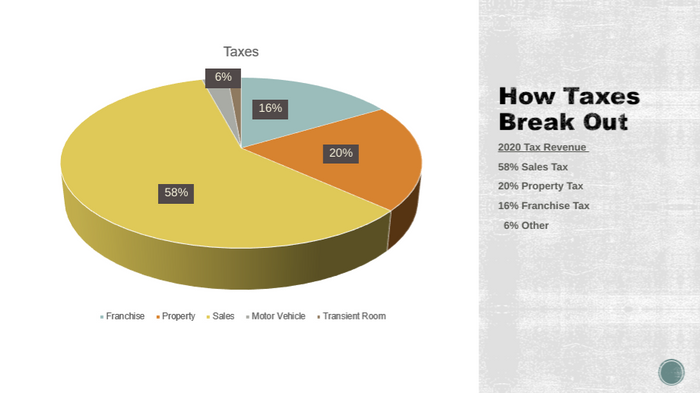 Haderlie said there are other ways that a city can continue to function and pay increasing costs without asking residents for more.

“One of the benefits that we have is we have sales tax that continue to increase in a good economy, we’ve been very fortunate with that. We also have growth within the city with property taxes.”

Public Information Officer Laura Magness, further explained that the city has other revenue than just property tax that helps offset increasing costs. “It’s amazing how much Jordan Bluffs and Bingham Junction help the residents save money on their property taxes. (Through) all the retail we get sales tax.”

Heidi Miller came to the city council meeting on June 4, in anticipation of a property tax increase. Following the meeting she said, “I think the budget’s OK. I hate that we have to pull from other sources to match it, but maybe it won’t be as bad next year. But if it is, we’ll just have to reevaluate it all.”

As for tax increases in the future, time will tell.

On an individual homeowner tax bill, only a small percentage actually goes to the city. There are other entities that issue taxes, such as schools, mosquito abatement and fire.

Haderlie explained that even if the city does raise taxes, the percentage that an owner pays to the city is so small that an increase may be barely noticeable on a bill.